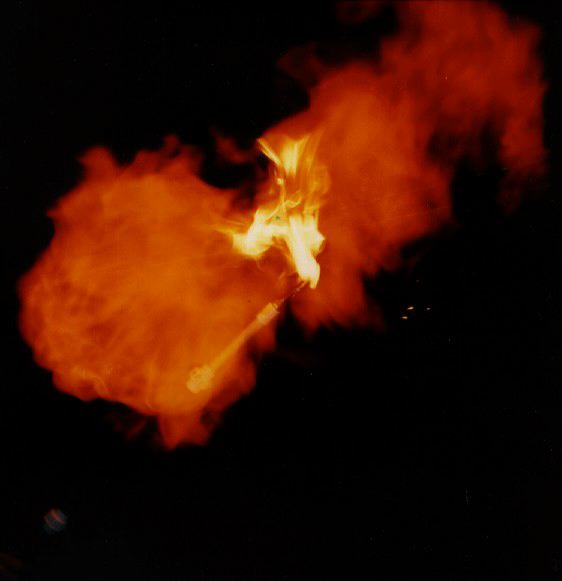 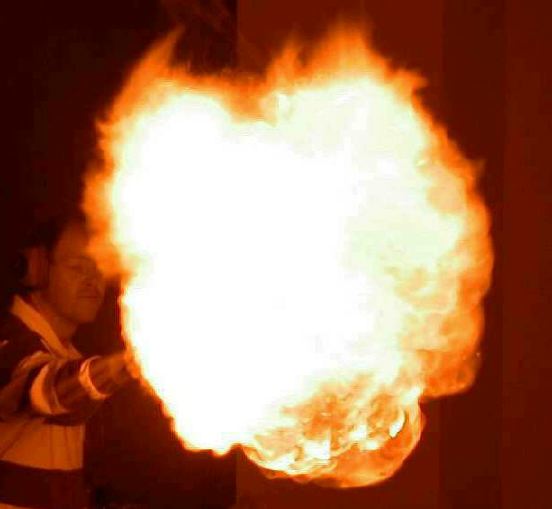 The Physics:
The exploding balloons demonstrate that nothing can be taken for granted in science. If you buy a balloon from a vendor, it’s probably filled with helium. Helium is a gas like air; in fact, air has some helium in it. But helium is lighter that air. If you take the same volume of air and helium and weigh them on a scale, the helium would weigh less. This is because helium is less dense. Because helium is lighter that air, a helium balloon rises, just as an air bubble rises in more dense water. Hydrogen is another gas lighter than air; it’s even lighter than helium. Hydrogen, however, is not used in balloons and this demonstration shows why.

Helium is a special gas called a Noble Gas, which means it doesn’t burn. When a match is held near a helium-filled balloon, the balloon pops. That’s it. But when a match is held near a hydrogen-filled balloon: BOOM! a real explosion. This is because hydrogen burns very easily. It combines with oxygen to make water vapor. Even though both balloons look the same from the outside, there may be something very different on the inside.