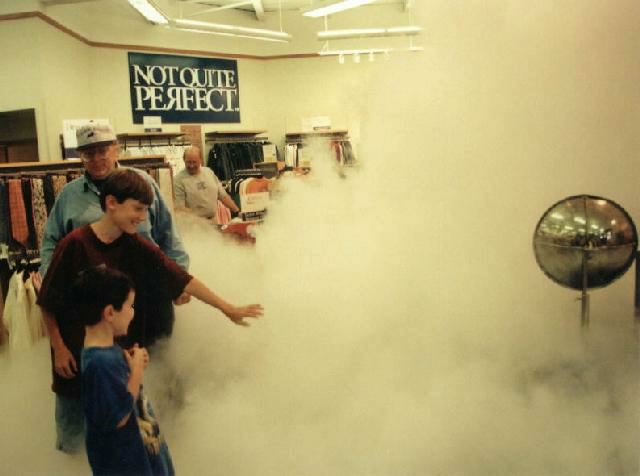 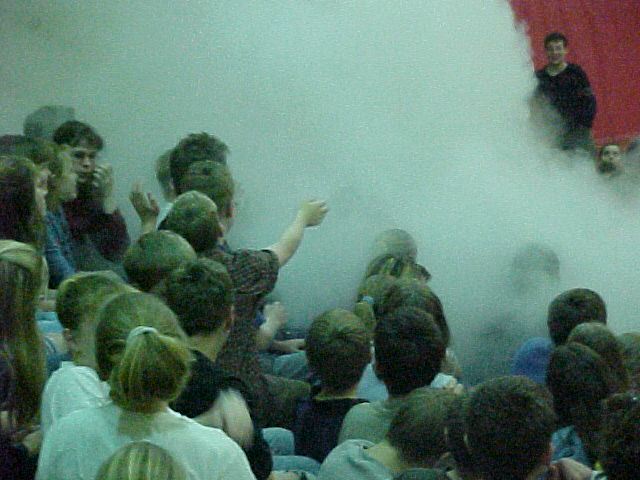 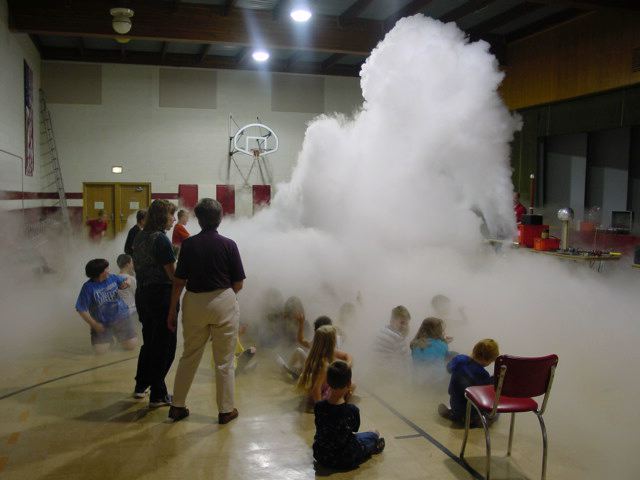 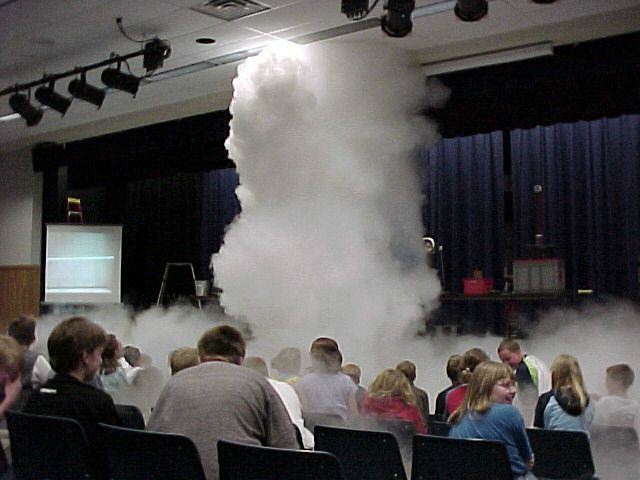 Warm air is blown over a bottle of liquid nitrogen at -321 degrees Fahrenheit. This is so cold that the moisture in the air condenses and forms a cloud.

The nitrogen cloud is not a cloud of nitrogen, but is just like the clouds we see in the sky. The physics behind making the nitrogen clouds is the same as that for making normal clouds.

A cloud is made up of millions of very tiny droplets of water. Water vapor is always in the air and on hot, humid summer days you can feel that water vapor as humidity. The air high up in our atmosphere is very cold and near the freezing point of water. Because it is so cold, the water vapor in the air condenses into tiny liquid water droplets. These droplets reflect light giving clouds their white color. When the droplets get too big, gravity causes them to begin to fall. As they fall, the droplets collect more and more water to make raindrops.

To make a nitrogen cloud all that is needed is lots of liquid nitrogen. The liquid nitrogen is heated until it boils, which is at -320o F so it is still very cold. The cold nitrogen cools the air around it. Just like in the sky, the water vapor in the cold air condenses forming tiny water droplets. This makes the cloud. If you stand close enough you can feel how cold the air really is.