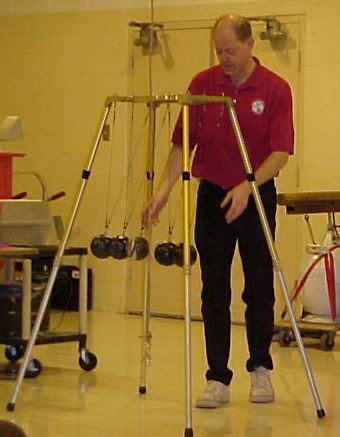 The Physics:
The answer to this question lies within the conservation of momentum. The collisions between the balls conserve the momentum carried by the in falling ball. When the falling ball collides with the rest of the balls, it stops. To compensate, a ball of equal mass will carry the momentum of the first ball, in the same direction it was initially traveling. This means that if two balls are falling in, the system must send two balls out to conserve momentum. If two balls, one on each end, fall in and collide with the rest of the balls at the same time, they swap their momenta!