Magnets are objects, which can attract, or pull, on some metals, like iron and steel. If you rub a piece of steel with a strong magnet, the piece of steel will because a magnet too.  It has become magnetized. Other metals, like copper or gold, are not attracted to magnets. Magnets can also attract each other, but only if they face in opposite directions. A magnet has two ends called poles; one end is the north pole and the other is the south pole. A north pole will attract a south pole; the magnets pull on each other. But the two north poles will push each other away. We say the magnets repel each other. Magnets seem to act something like positive and negative electric charges. Electricity and magnetism are very closely related.

If the words north and south remind you of anything, the earth is in fact a giant magnet. A compass is a tiny magnet balanced on a point so it can turn freely. The magnet is attracted by the earth’s magnetic north pole and always points in that direction. 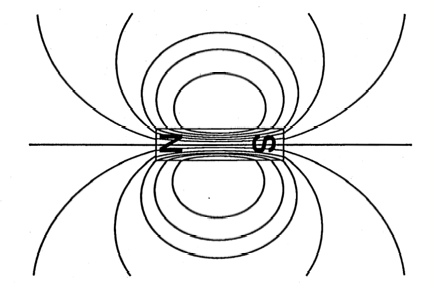